There were more farewells this morning.
They all said they were leaving early.
But….
the late night possum shooting must’ve been to late for them all. 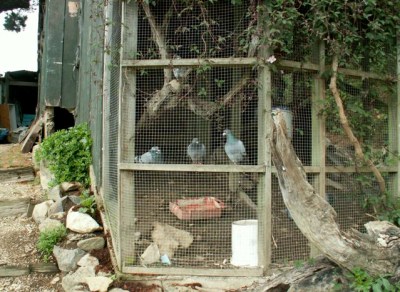 While I was waiting for them all to pack up I managed to get some Reading down with Mahalia.
Shannie had been up early and done all of here’s while she ate breakfast.

Stefan and Lior didn’t leave till after 9pm and Ross, Lenore and Magdala – well……..
I finally shoved them out the door around 11am.

Tim, Mike & Seb went mustering. Anson is coming home and wants to get the shearing done before he heads south.

I finally managed to hang out all three loads of washing around midday while everyone had lunch.
Cat was doing some work on her yacht. She is really enjoying being on holiday and not having to get up too early.

I got cross with the children this afternoon. I have been asking for them to clean up for days now and their messes are just spreading further.
So Shannie got her room and the sitting room done. Hali cleaned up the school room. Azzan began to help – but as per usual got side tracked somewhere!

Seb & Mike went out hunting tonight but had no joy as it was too windy. Seb has gone home with Mike so they can spotlight for possums.

Eva & Sabine from Austria and Alex from Germany arrived in time for dinner.
Just before they arrived I discovered that a 2Litre container of red metallic paint had been put on the shelf on it’s side with the lid not on properly and paint was flowing all down the white shelves and over the floor of the school room – I wonder who did that??

What a mess. I finally got it cleaned up with Mahalia and Tim’s help and then we were able to have dinner.

I gave Eva & Sabine a tour and low-down on what to do tomorrow while I am away in town. They seem like a couple of very capable young ladies. Here’s hoping they will knock the house back into shape for me.
They are going to begin with Azzan’s room – now that is one daunting challenge-!!

Tim is pleased cuz they want to cook too