The girls and I were all packed and out the door by around 10:30am.
I had left lists and instructions behind me so hopefully everyone knew what they had to do and what to eat.
So if they get bored or go hungry it ain’t my fault

We had a fairly non-eventful trip out.
Apart from Sophie not feeling too great and giving us a blow by blow account of how her body was reacting to the windy bumpy drive!

We arrived at Foresters Cafe a tad early and Margaret got a bit lost so she was a bit late.
The girls were quite happy to chill out on the lawn in front of the cafe with the 2 very friendly dogs. 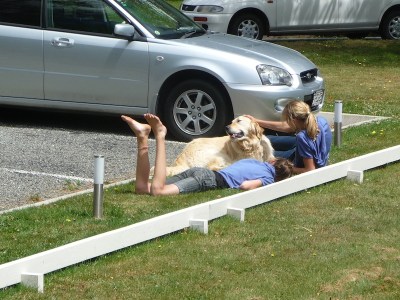 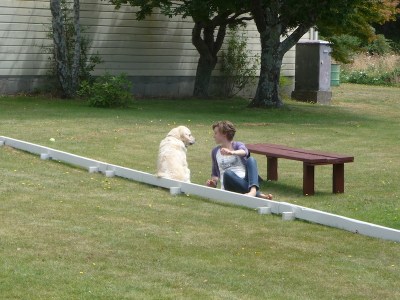 We had an enjoyable lunch.
It was lovely to just sit and chat in the cool as the day had come out rather hot.
At 2:30pm we had to pull ourselves away as we still had a ways to go.

They headed off back to Nelson and Mahalia & I drove through to Blenheim.
I dropped Hali & the library books off while I went to do a drop off.
Then back to pick up new books and Mahalia.
After a quick zoom through the supermarket to get fruit and snacks for the trip we were away.
I had called ahead and booked for dinner at Hislops in Kaikoura.
We got there just before 7pm.
I had a voucher to use for my birthday so we sat and enjoyed the cool and the delicious food.
We checked our emails etc while waiting for food.

Back on the road by 8:30pm.
I was quite glad we were not heading south any earlier as the sun was blinding for about 5-10mins until it finally sunk below the hills.
We had phoned ahead to book beds at Waipara.
The last hour was quite a struggle.
My eyes were getting rather sore.
But we made it around 10pm.
Mahalia was very glad to get to bed.
I sat and chatted with Ross & Lenore over a drink before hitting the pillow sometime after 11pm.

Friday 27th JanuaryWe were so tired that we didn’t wake till around 8:30am.We had quite a leisurely morning.I had inadvertently left my vodem behind so tapped into their wi-fi to check emails etc.It was lovely to spend some time with Magdala & Jamin.They are home for a month over the holidays and fly back to Canada next week.It was well after 11am when we finally climbed back into the Terrano and headed south.We got caught in some standstill barely moving traffic just south of Amberley.There was some large intensive road works happening and the traffic was banked up for ages on each side.We finally got through and made our way to Woodend Beach and found Lizzie’s house.It was great to finally see where she is living and spend an hour or so with her.Mahalia thought it was just the bestest place to be as they are surrounded by horses.Lizzie invited her to come stay – I think after her baby arrives she may have a very willing baby sitter

These gorgeous horses are just across the road and were very happy to be friends with Halia. 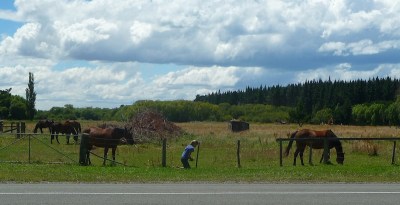 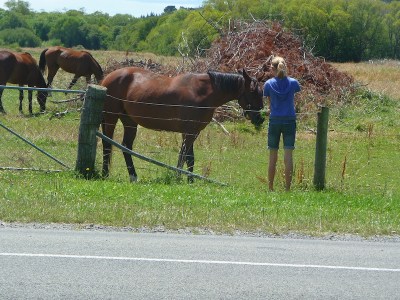 It was 2:30pm before we left.We headed straight to Sockburn to drop off a parcel for Tim.Man! The Sockburn roundabout is a nightmare.I knew where I was going but to get around it and through the traffic was chaos.Headed down Blenheim Road to The Warehouse to get some kitchen containers for Anson.Of course there was more stuff we just had to buy too.Then to Riccarton Mall to get some food for lunch and a very much needed and deserved frappacino from Starbucks!It was getting close to 5pm so the traffic was pretty bedlamish as we drove to Bri & Nick’s.Got there in one piece and unloaded the meat Tim had sent down for them.They were heading out to dinner so we drove up the street to another Warehouse and changed a couple of items and bought some more stuff.Mahalia was pretty happy with a new pair of shorts and a tee-shirt we got on sale.We arrived at Christine and Les’s around 8pm.Really felt so incredibly tired by then.It was good to crash and have dinner.Now it is way past bed time so I am going to hop into my sleeping bag and get real intimate with my pillow.