The road was really slippery but Graham negotiated it safely.

It was raining again by the time we arrived.

We ran inside and sat around talking for a while.

Pastor Mike and Kerry had come down and were staying a couple of nights with Seb & Phoebe.

We had a bit of a sing along and talked about what baptism was about.

I was able to share the word I had been given over and for Sebastian when he was born.

That he was going to be a mighty man of God.

It is a word that I have held close to my heart throughout the years.

It is a real blessing today to see him take up that mantle and begin to run with it.

The other word that Mike brought was from 1 Timothy 4:12

‘Let no one despise your youth; instead, you should be an example to the believers..’

And Mike also read Psalm 78 and shared why he felt it was personally relevant to us.

My people, hear my instruction;
listen to what I say.
2 I will declare wise sayings;
I will speak mysteries from the past—
3 things we have heard and known
and that our fathers have passed down to us.
4 We must not hide them from their children,
but must tell a future generation
the praises of the Lord,
His might, and the wonderful works
He has performed.
5 He established a testimony in Jacob
and set up a law in Israel,
which He commanded our fathers
to teach to their children
6 so that a future generation—
children yet to be born—might know.
They were to rise and tell their children
7 so that they might put their confidence in God
and not forget God’s works,
but keep His commands.
8 Then they would not be like their fathers,
a stubborn and rebellious generation,
a generation whose heart was not loyal
and whose spirit was not faithful to God.

Once the skies cleared we ventured outside.

The flowers in the window box were bright and happy.

There was some joshin’ from Mike & Graham about Seb not going too far out and drowning them both – as they are quite a lot shorter than Seb!

Then it was time for his baptism.

A big step of public declaration and a move of faith for him. 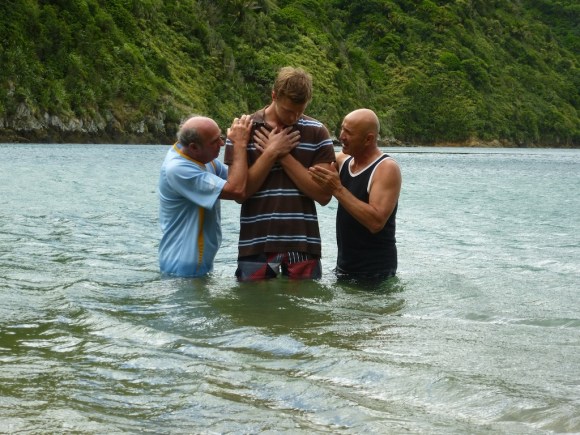 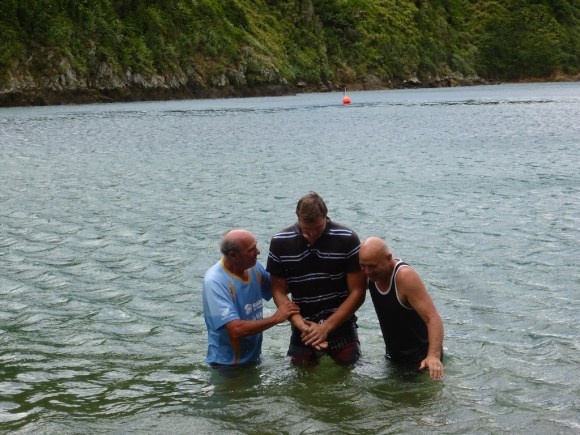 Some prayer and words of encouragement on the beach.

Couldn’t help but think it was a perfect day for this.

Resurrection Sunday – the death of the old life and birth of the new.

I also shared one of Tim’s favourite verses which Bri had brought forward at his funeral.

3 John 1:4
‘I have no greater joy than this: to hear that my children are walking in the truth.’ 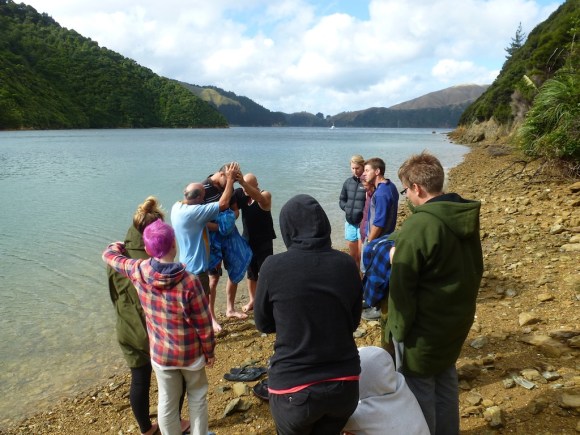 Then it was back to the house for a late lunch.

I was heartened by some other words that Mike had re hope and heaven during the afternoon.

Mike had personally met Dean Braxton and told me of his experience with heaven and the reality of it.

It really helped me especially after the hard day I had yesterday.

When we left to head home it was close on 6pm. 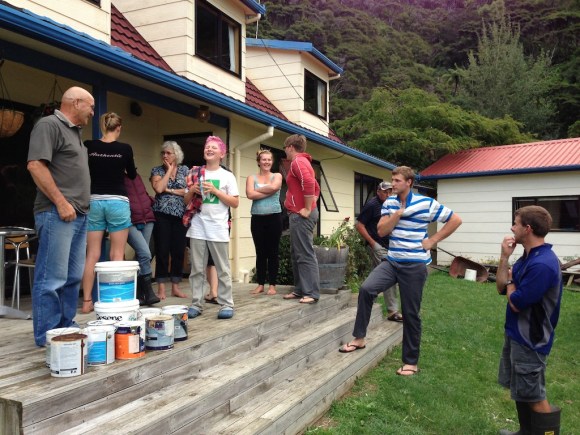 At the top of the hill this is the sight that greeted us.

A sign from God – a window to the heavens. 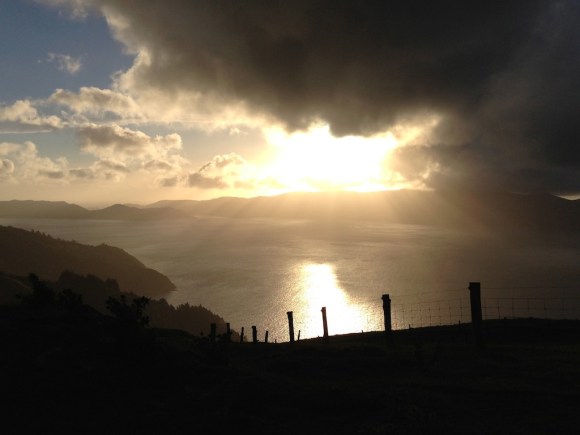 Sandy and her crew had brought food for the bbq too.

I was really tired so collapsed in the living room with Sandy.

We shared a few quiet tears. 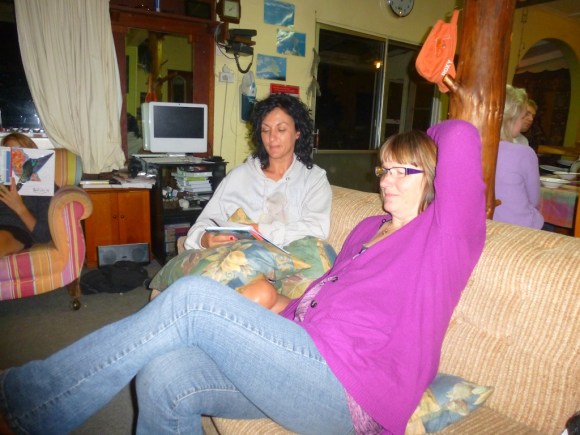 Antonia chose the floor and sussed out how to go about learning guitar. 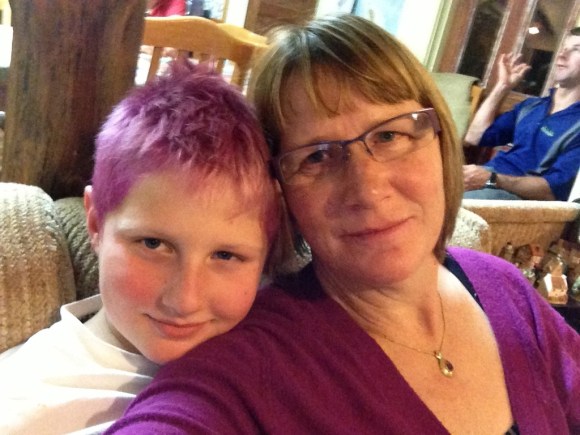 and pillow fought with Leeann

After dinner Azzan retired to my art work desk and found a new journal to work in.

He is making a special memory book for his Dad.

There was quiet chat around the table

and cuddles in the lounge

It was very late by the time we all headed off to our beds.

Sandy and crew have to leave early in the morning.

It took ages to get the three children into their beds.

Mahalia was very sad so we had a big cuddle and prayer time together.

Azzan needed to sleep in my bed again.

He also needed some tlc tonight.

Shoshannah and Bri had some sister bonding time before they headed off to bed.

Now it is late again and I need to go to sleep too.

It has been a lovely day.

But also a very tiring day.