I woke earliest but dozed off back to sleep.
Then just after 8am I was woken by a call from some folk who were at my gate wanting to come and tow ‘Rachel’ away.
I was in a bit of a daze as I didn’t know anything about it.
But after a call to Seb it was all okayed so I let them carry on.
She is Phoebe’s pride and joy but as she wasn’t getting enough use and tlc, plus the weeds were threatening to smother her, a new home was needed.
She was a bit reticent to leave at first but when she realised that she was heading to the beauty parlour to get a face lift and complete body makeover she seemed quite happy about being pushed out the gate. 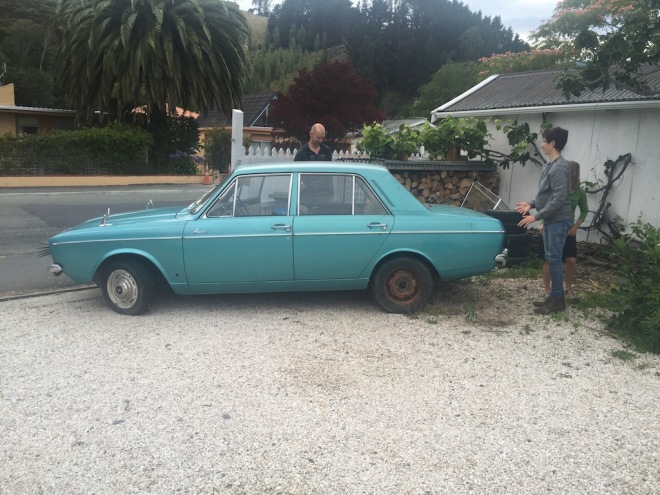 I waved her goodbye as they towed her off down the street. 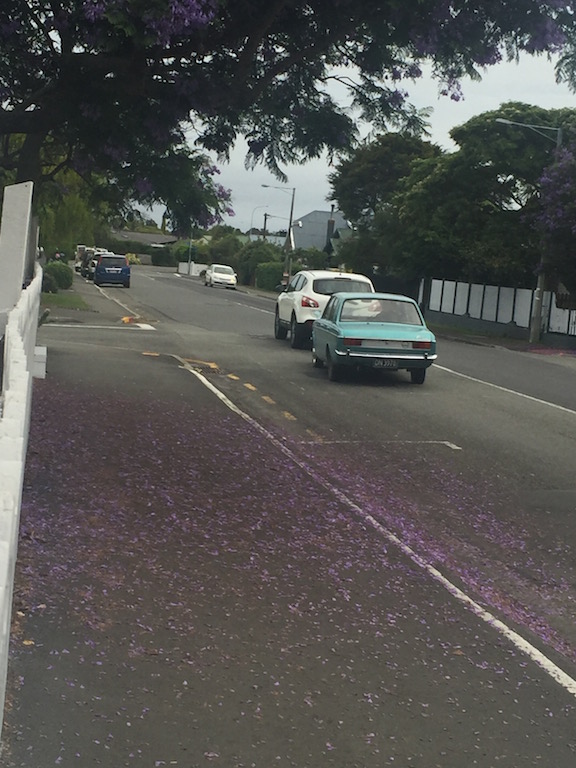 Back inside to my lovely birthday lilies.
They make a happy display of colour on my kitchen windowsill. 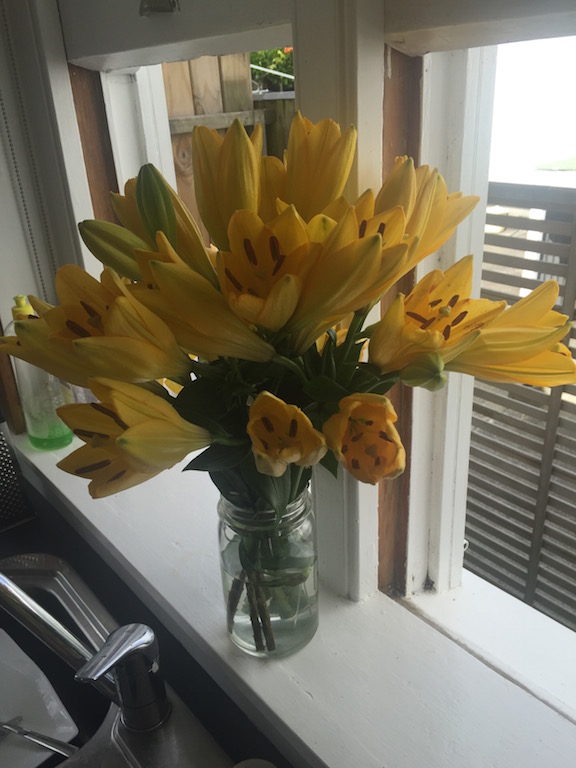 Azzan’s friend Skye came round so they took Caspian for a walk.
Then they spent ages taking photos.
I had a few things I was planning to do today but ended up having a very relaxing day instead.
Sue popped in and took Caspian for another walk which was great.
Skye’s mum picked up the kids mid arvo and took them to the beach.
Lloyd & Val arrived around 4:30pm so we had a cuppa and caught up on their weekend’s activities.
Mahalia arrived home and swept through the house, ran past us onto the deck and engulfed Caspian in a ginormous hug.
So much for Hi Mum!
We got a greeting after Caspian was cuddled to death!
I said good bye to L&V and then went in and had a chat with Sharon.
She & Meg had bought Mahalia home from rowing camp so they filled me in on the past 5 days.
They were all tired but happy.
It sounds like it was a good camp.
They worked hard – Mahalia’s hands are covered in callouses and blisters to prove it!
I made dinner – used a zucchini and silver beet from our garden.
That is such a good feeling 🙂
Azzan stayed at the beach and had fish & chips with Jack and his family before they brought him home.
Shanni arrived back later in the evening, so my three babies are back in their nest tonight.